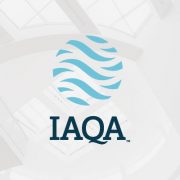 ATLANTA – A new Director and a member of the Executive Committee were appointed to the Indoor Air Quality Association (IAQA) Board of Directors during the organization’s recent 20th Annual Meeting in Las Vegas, Nev.

Michael Bowdoin, a current Board member, was appointed a Vice President on the Executive Committee. He is an attorney from Kingwood, Texas. In addition, Sam Bergman was appointed as a Director. He is Chief Executive Officer, Rolyn Companies, Rockville, Md.

Bowdoin fills the position held by longtime Board member Eva King, Ph.D. King is stepping down after four years Board service, including roles as First Vice President and Vice President on the Executive Committee. During her time on the IAQA Board of Directors, King has made significant contributions to the organization. She led the Management Search committee, served on the IAQA/ASHRAE Transition Team, and chaired the Convention Committee for the 2014, 2015, 2016, and 2017 IAQA Annual Meetings.

“Eva was an integral part of the IAQA/ASHRAE transition team, and has organized the Annual Meeting, including the technical program, for the last four years,” John Lapotaire, IAQA President, said. “We wish her well in future endeavors.”

The Indoor Air Quality Association (IAQA) is a nonprofit organization dedicated to bringing practitioners together to prevent and solve indoor environmental problems for the benefit of customers and the public. IAQA was established in 1995 and is the nation’s largest indoor air quality trade association with over 2,000 members and some 20 local chapters. More information is available at www.iaqa.org/news.

IAQA Calls for Papers, Presentations and Workshops for 2018 Annual Meeting
Scroll to top